I’m now in the 2nd week of my remodel and my bathroom is nothing more than a concrete floor and sheetrock at this point.  {Visit Week 1 post here.} I originally thought that once I had selected all of the materials and fixtures that my decision-making would be over, but I couldn’t have been more wrong.  How wide do you want the grout line?  Where should the tile stop?  Where do you want the lights?  And let me assure you, trying to determine the height at which to wire a sconce when there’s nothing in the bathroom is nearly impossible!  I finally ended up asking the contractor to draw my vanity on the wall and draw the mirror above it just so that I could decide where the sconces should hang.  :)

And speaking of sconces, after much searching, I finally decided on the Nash Sconce from Pottery Barn because the shape of it coordinates well with the faucet I choose.  It was on sale when I bought it and a friend gave me a free shipping coupon, so the price was more affordable than I originally thought.  The shade in the picture looks white but it’s actually cream.  Once it’s installed, I might end up changing out the shade for something different but I’ll wait and see. 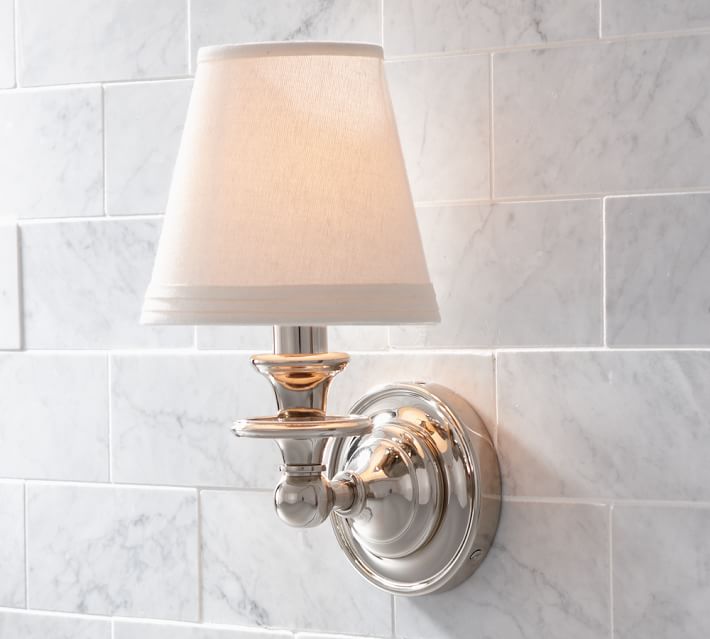 One of the last things I need to purchase is a shower curtain.  I’ve always known exactly what I wanted – a white curtain with a ruffle at the bottom. Sounds easy, but it’s not.  The catch?  I need it to be 96″ long and shower curtains don’t typically come in that length.  I still didn’t think this would be an issue because I thought I would just buy a regular window curtain and use a shower curtain liner behind it.  Who knew finding a 96″ white ruffled curtain would be so difficult {or so expensive}!

I found a few online, but they are all more than I’m willing to pay, so at the moment, I’m experimenting with whether I can take two separate curtains – a white one and a ruffled one – and combine them into one.  And did I mention that I don’t sew!  Lol!  Wish me luck!

Okay, enough stalling, do you want to see what the bathroom looks like today?  Here it is: 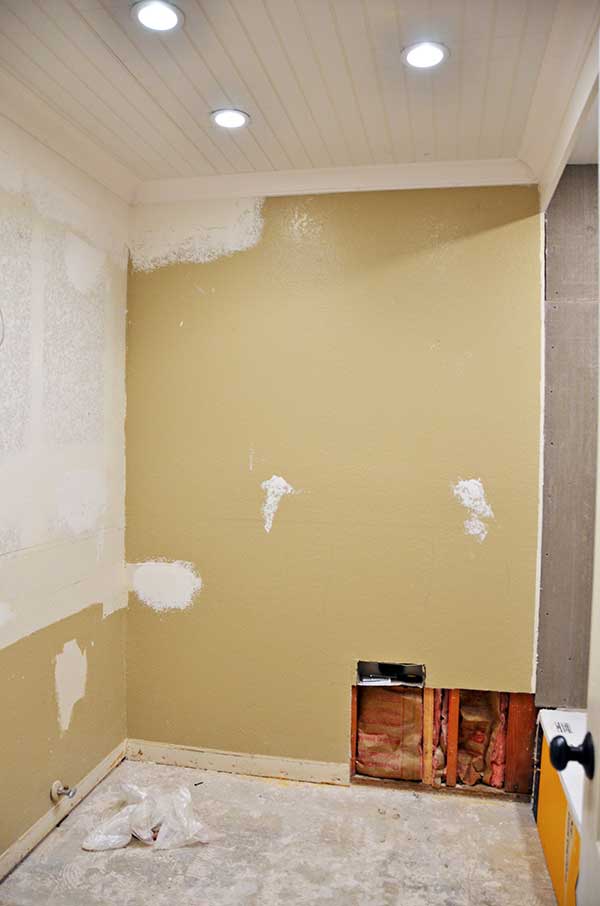 Did you notice that the soffit above the vanity area is gone and new lights have been added?  Yay!  And why yes….that IS beadboard on my ceiling…. :)  It’s not yet painted, though.  Today is painting and tiling and I’m really excited about the tiling part.

And while the bathroom was sitting over the weekend, our mischievous elf, Pete, decided it was the perfect time to make his December debut with a bit of painter’s tape. 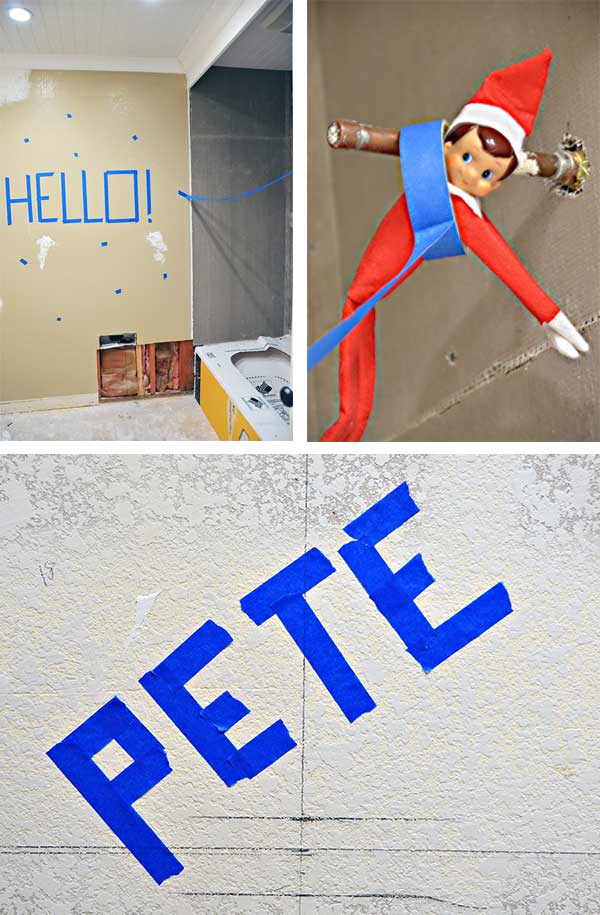 I’m off to check the progress of the tile layout and to hit the craft stores for a few Christmas items.  I’ll share another update soon!