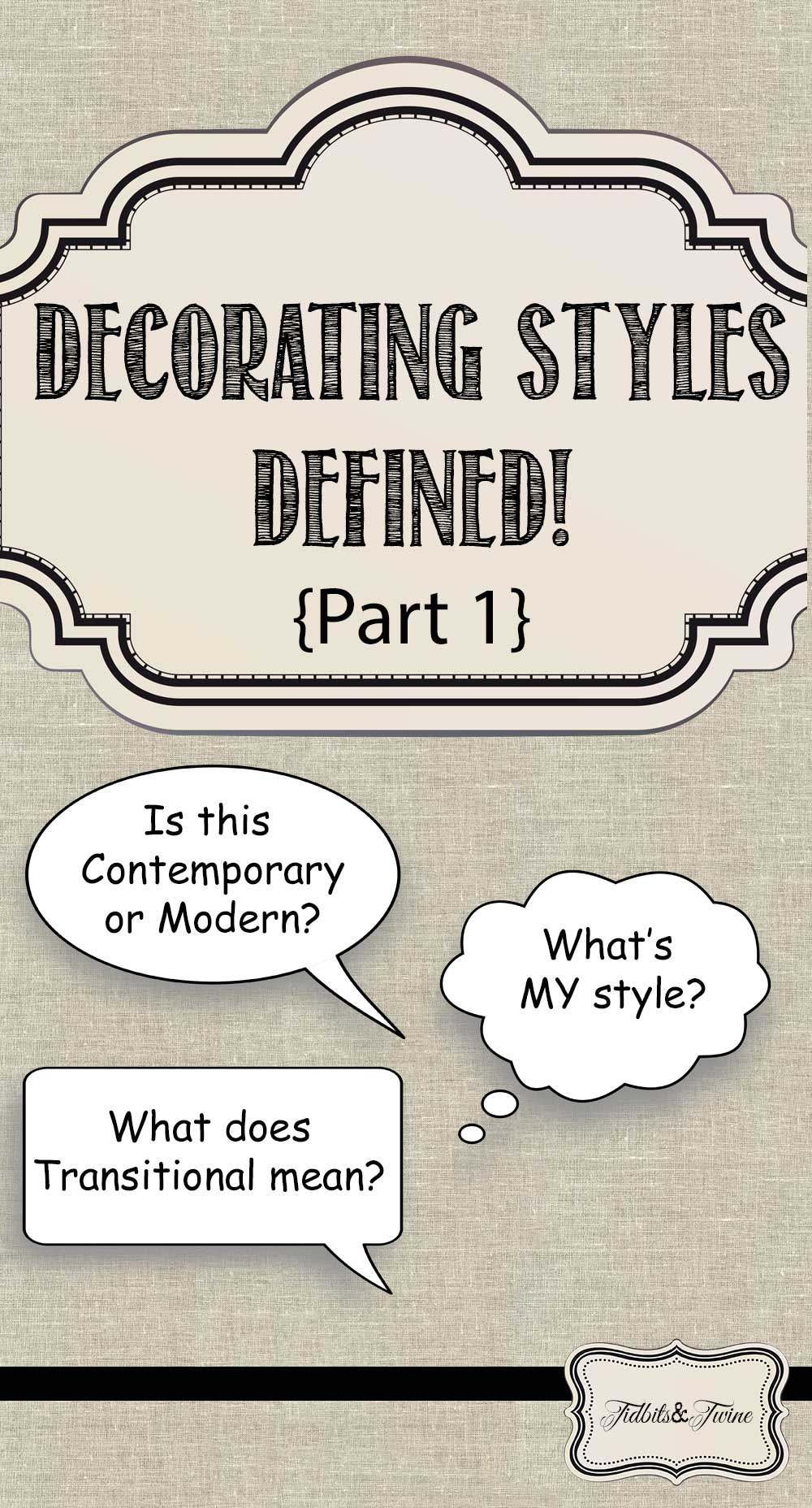 A traditional style of decorating is defined by classic, timeless pieces.  The furnishing will be intricate but not fussy, so think turned legs, carved details, and lots of millwork.  The wood tones are typically darker and the metal finishes lean toward warmer, such as gold, brass, and copper.  Furniture and decor choices tend to lean toward things that emphasize curves, so you won’t see a lot of clean, straight lines in a traditional room.

Another tell for traditional stye?  Predictability and symmetry!  Traditional style of decorating uses a lot of formal, conversational furniture groupings and items placed in a very symmetrical manner, whether it’s two wingback chairs flanking a sofa or a pair of candle holders evenly placed on a mantle.

While neutrals are a favorite in traditional style of decorating, so are rich colors and patterns, but they tend to be dramatics, as opposed to bold.

Technically, a contemporary design style reflects what is popular “now”, meaning that it represents whatever styles, colors, etc. are currently trending.  But in general, a contemporary style is one where less is more.  Spaces tend to be more open and cleaner, where accessories aren’t collected, but intentional.  Straight lines are king in contemporary design, but they are often broken up just a bit with round, geometric shapes just for a bit of contrast.

In terms of colors, think sleek and sophisticated.  Neutrals and monochromatic colors schemes dominate, as do cooler, shiny finishes like chrome, steel, and glass.

While Contemporary and Modern styles are often used interchangeably because they are similar, they are actually a bit different.  Contemporary design takes it cue from Modern, but then doesn’t hesitate to break the rules to reflect whatever is current, whereas Modern is a bit more strict with its style based on historical, iconic design.

Colors tend to stay within the neutral palette and patterns are present, but minimal.  Transitional spaces are kept from feeling boring with their use of texture, though.  Fabrics, accents and other decor are elegant and “warm” but simple in design.

Up next, Decorating Styles Defined: Part 2