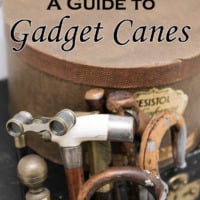 Gadget canes and interesting and fun to collect and they hold a secret…Today I’m sharing my collection and telling you a bit more about this interesting antique.

Somewhere along the way in my lifetime, I saw a bucket of canes and was intrigued. So when my friend gave me an amazing gadget cane, my desire for my own collection began! I was lucky enough to find a few at the Alameda Point Antique Fair, but others I bought off of eBay.

I have a variety of canes, but my all-time favorites are gadget canes!

What is a Gadget Cane?

Gadget Canes, also sometimes know as Trick Canes, are utilitarian with an {often hidden} duel purpose. Who doesn’t love a secret cane? They are so 007….

For example, it could be a walking stick that doubles as a measuring tape, seat, compass, or umbrella. There are others that are more along the lines of smuggling, and double as flasks, snuff boxes, or swords!

Here are the four basic categories of gadget canes with examples of each:

– Doubled as an outdoor activity like fishing, drinking, and games

– Just as the name says, these doubled as weapons including swords and guns

I own canes falling into all four categories and am sharing details of each below!

Caveat: I am not an antique expert. I like what I like and value each cane based on how much I like it. I do know that complete canes are valued much higher than damaged or incomplete ones {incomplete meaning that they are missing parts}.

I think the handle on this cane is absolutely beautiful and it’s overall in great condition! This cane is a secret snuff box. Snuff was a powdered form of tobacco that could be snorted or inhaled through the nose, popular in the 1700s and 1800s.

The back of the handle has a small flap that folds down to reveal a hidden compartment where owners would store snuff.

Along the lines of the snuff box, this cane doubles as a pipe! The handle isn’t particularly interesting, but the wooden shaft is quite beautiful.

The make the pipe, you simply unscrew the top handle and a pipe stem comes out of the cane shaft. The handle doubles as the pipe bowl and screws onto the stem of the pipe.

My husband surprised me with this cane for my birthday a few years ago. The glasses are in great condition considering their age!

This was actually my very first gadget cane that a friend gave to me. It’s a folding seat meant for outdoor activities, such as hunting.

The handle splits open into two halves, which is the seat. There’s a silver disc attached to the handle that comes off and attaches at the base of the cane. This disc acts as a stopper so that when you sit, the cane doesn’t entirely sink into the grass.

I got this for my birthday just last year. Although it’s missing one finger, this cane is incredibly detailed and not only is a measuring tape, but also a compass.

The inside of the hand holds the compass.

Underneath the thumb of the hand is a measuring tape!

I would have thought this would be categorized as a City Cane, but apparently, these were used by physicians and so considered Professional Canes. Lol!

The top unscrews and has a cork at the base which acts as a stopper for the flask. There’s a spring inside the shaft of the cane that cushions that flask when it’s tucked away inside.

This horse cane is also a flask the functions exactly the same as the one above. Unfortunately, the glass part of the flask is missing, which greatly devalues the cane.

This one just arrived and so isn’t photographed in the grouping! This type of cane would have been used by professional writers so that they’d always have their pen at the ready.

The handle unscrews to reveal a title bottle that is stowed away in the cane shaft.

The middle of the cane also unscrews and inside the center section is a fountain pen with a metal nib that you dip into the ink for writing.

At first glance this cane is so unassuming….but don’t be alarmed if you hear a “BANG”!

I really don’t know what the purpose of this cane was, but the end functions as a cap gun. A paper cap can be placed into the opening and the tip of the can pushes up, squeezing the cap.

Now I’ll never own a sword cane for a variety of reasons, one of which is that they are illegal to sell and buy in California! If this cane is one that peaks your interest, check with your local laws.

Still on my list is a horse measuring cane and an umbrella cane. I normally don’t mind a ton of wear and tear, but for some reason, I really want an umbrella that is intact, and those are hard to find {not to mention expensive}.

Where to Buy Gadget Canes 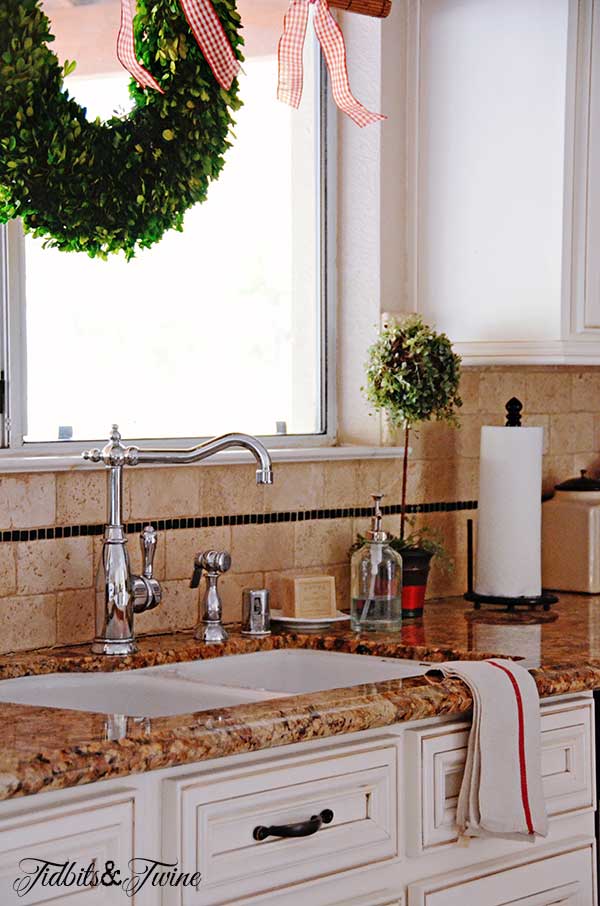 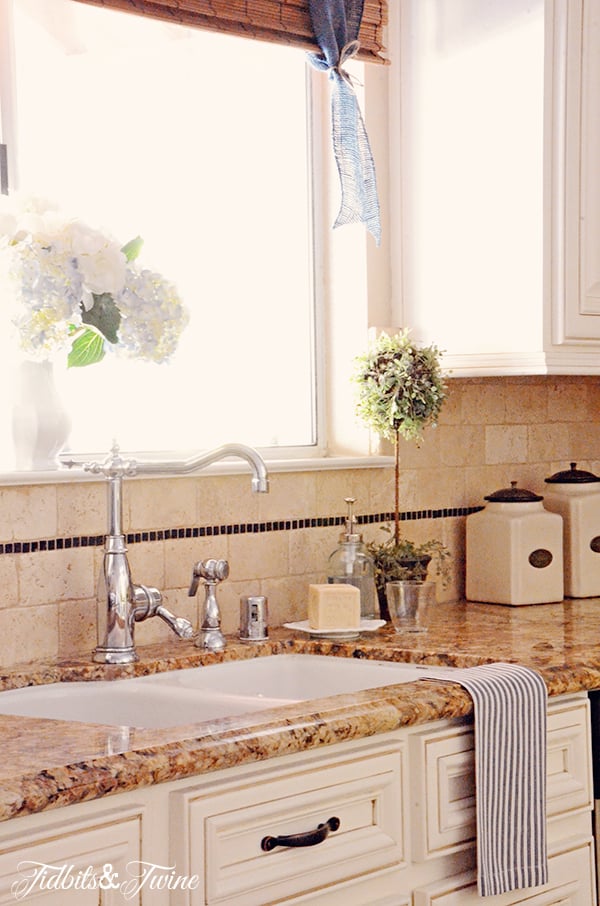 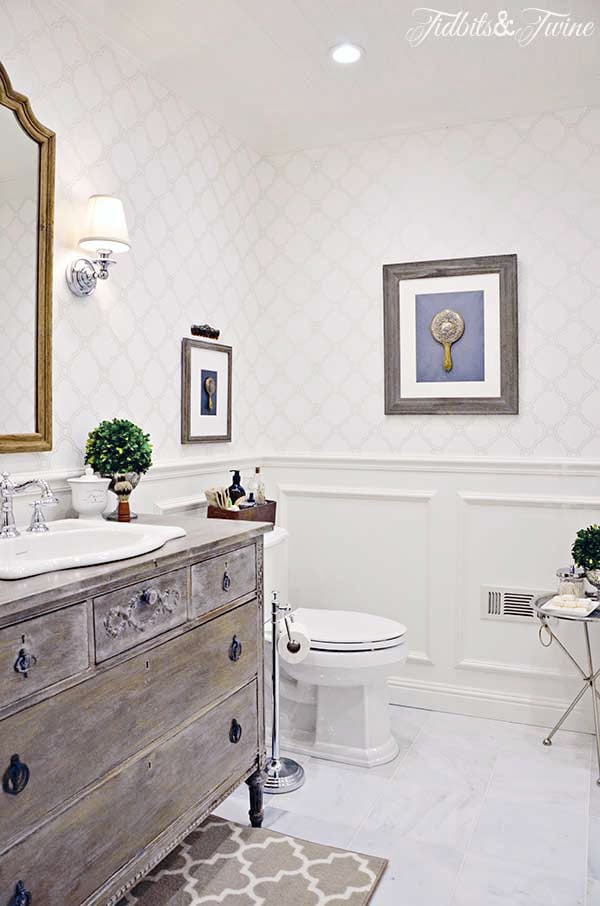 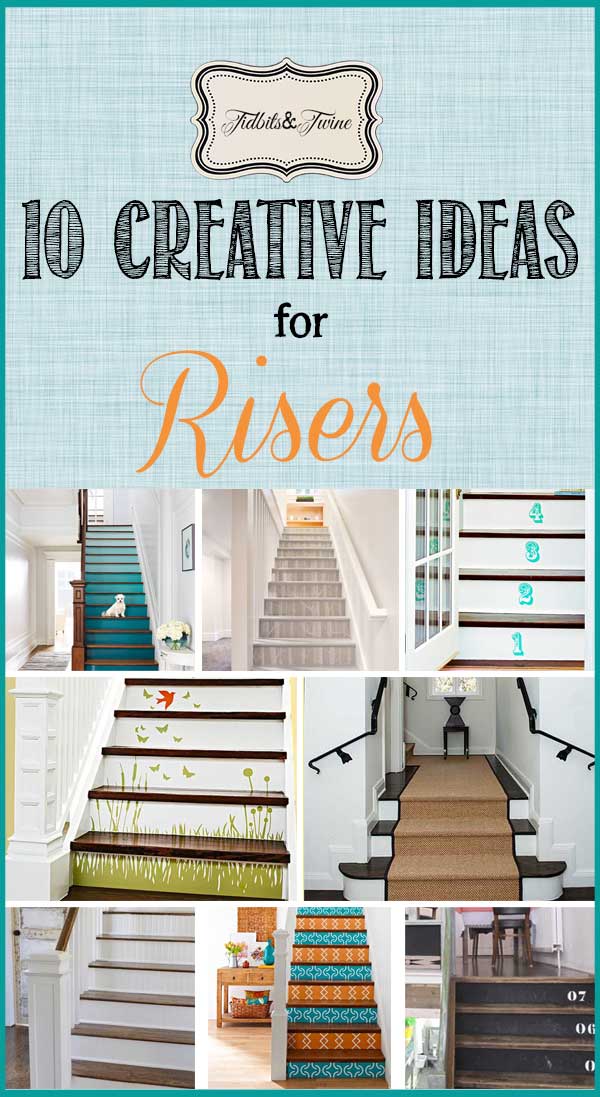