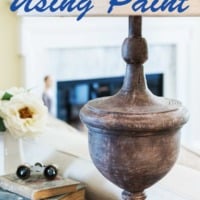 A couple of weeks ago, I shared with you on Facebook a lamp that I had ordered from Wayfair that arrived….well….NOTHING like the lamp that was pictured when I ordered it!  So many of your gave great advice as to what you’d do in my shoes and today I’m following up to let you know what I ended up doing!

For those of you that missed it, here’s what I thought I was ordering, the Laoise Table Lamp.  Pretty, right? 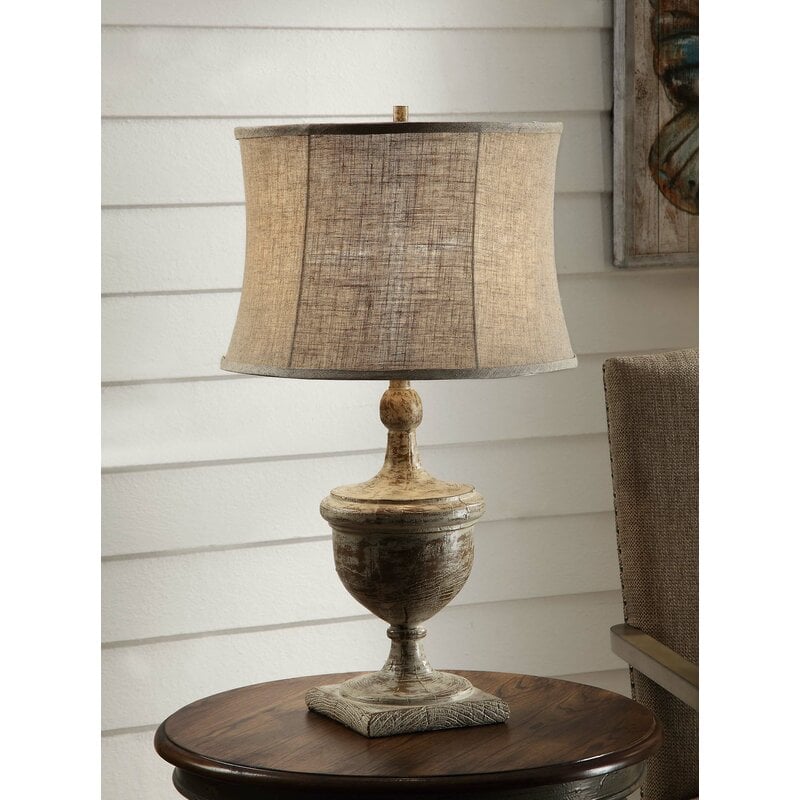 Here’s what I actually received.  A solid white mess.  This looks NOTHING like the picture above! 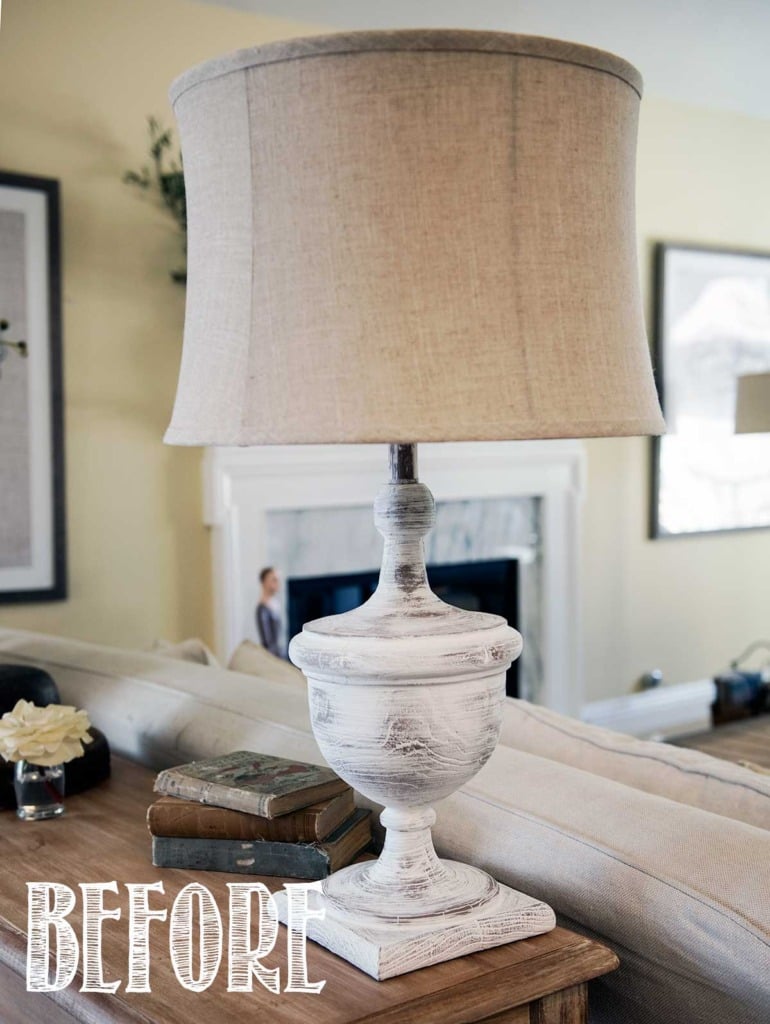 While Wayfair was quite nice about the situation and offered to pay the return shipping, I decided to keep it.  Not only did I love the size and unique shape, but I love a challenge!  Admittedly, for the price I paid for the lamp I shouldn’t have to do anything to it to make it look nice, but again, I love a challenge.

HOW TO CREATE AN AGED WOOD LOOK USING PAINT

So today is a super simple tutorial with step-by-step instructions to achieve a wood look using chalk paint and wax.  Now don’t get overwhelmed by supplies.  A little goes a long way and you can do a TON of projects with a small can of paint and wax!

The lamp now looks much more like I expected and I’m so happy with how it turned out.

The mix of gray, brown, white and wax added a lot of depth to help replicated actual aged wood.

Now I just have to do this one more time because I need a pair of lamps! Lol!

Want to save this for later? Be sure to Pin It!

Did you enjoy this? You might also want to learn how to create a Restoration Hardware finish. 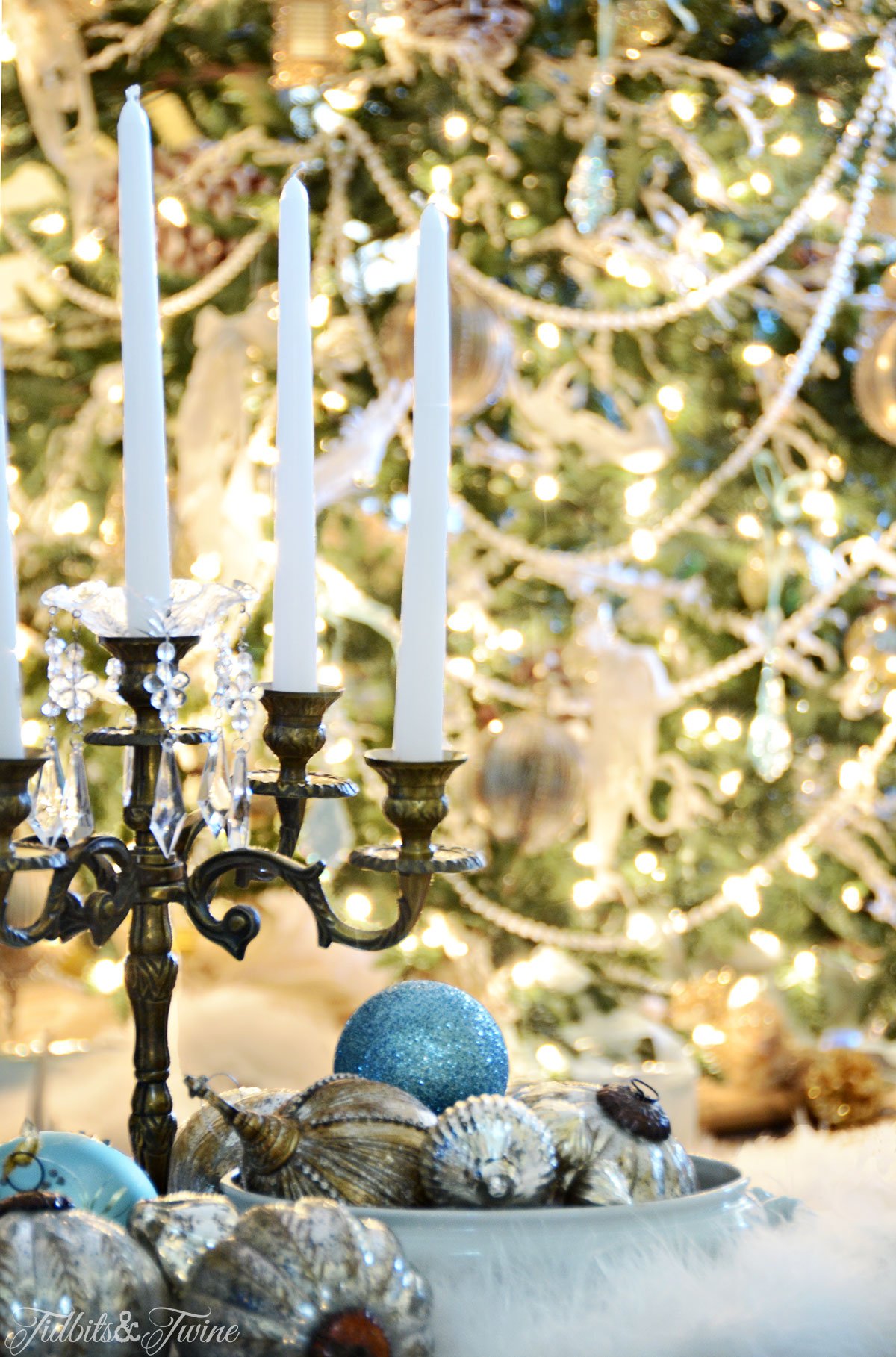 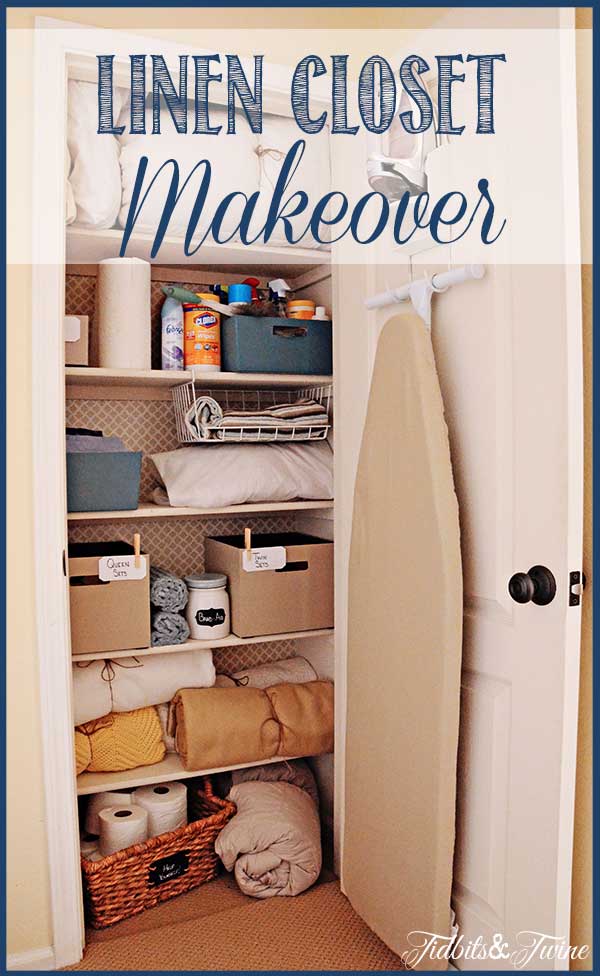 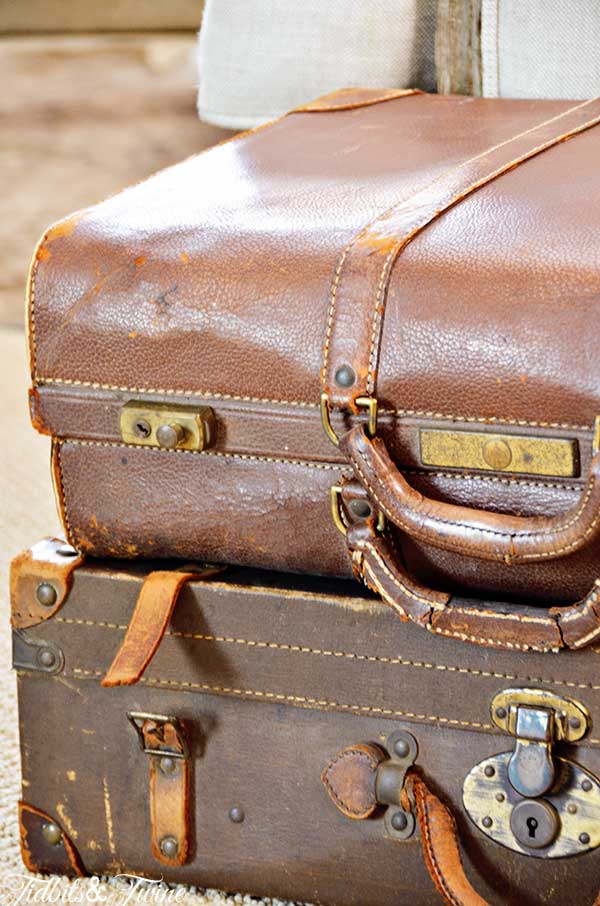 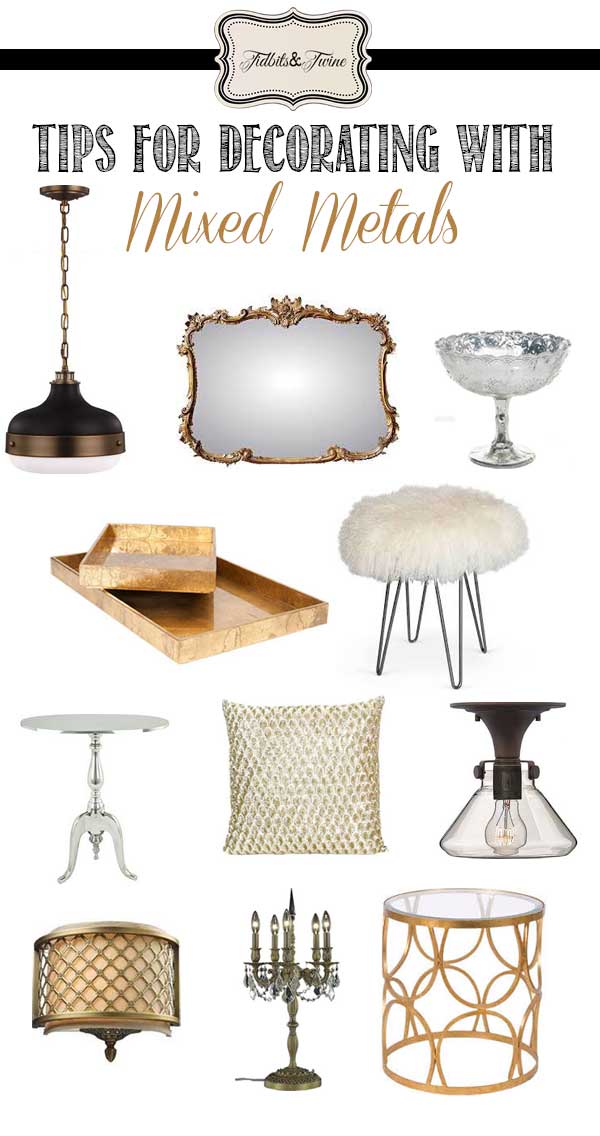 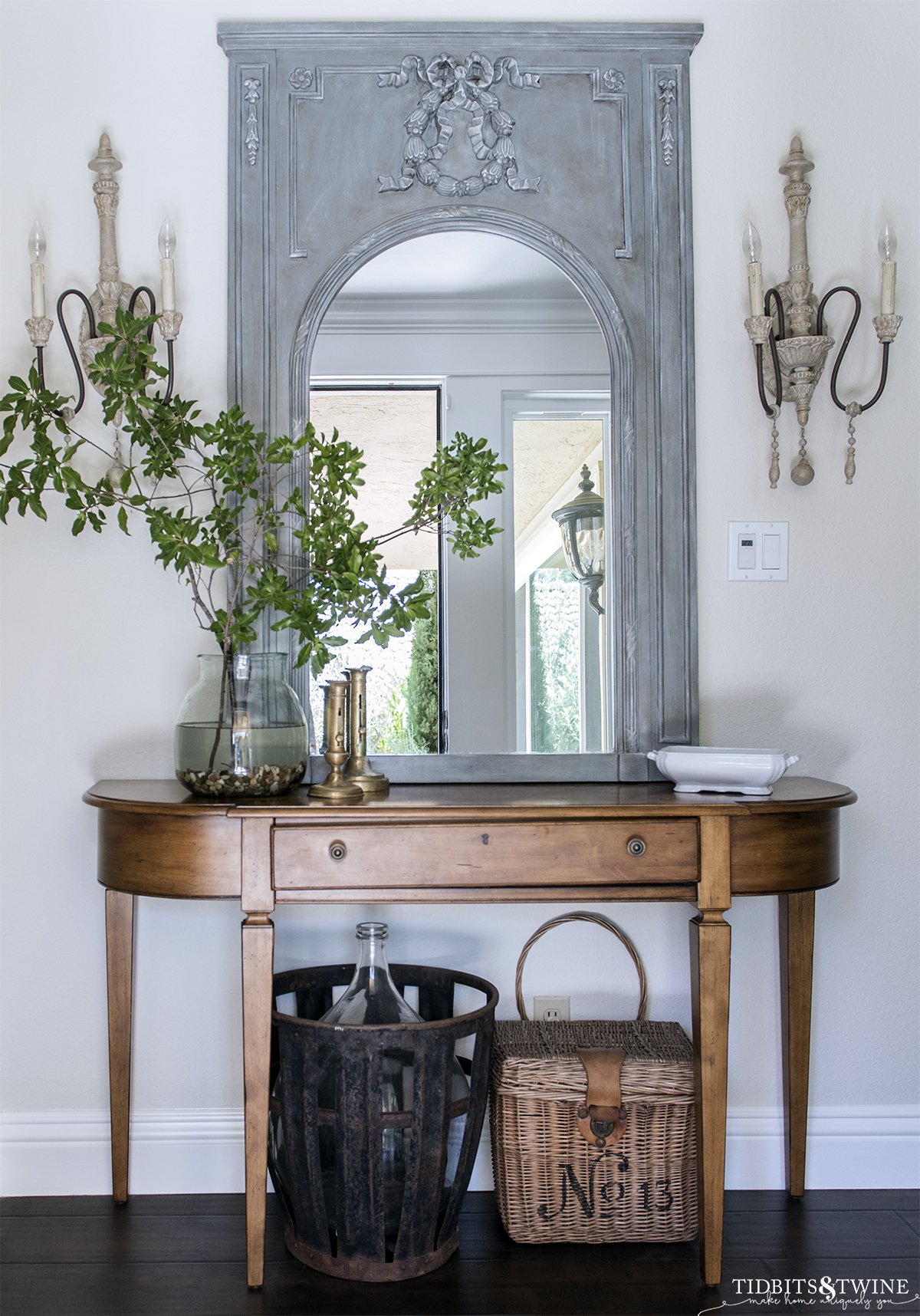