The use of buffalo check fabric in design isn’t new, in fact, it’s a centuries old pattern whose timeless beauty has captured the hearts of designers and decorators alike.  Like me, you might not have ever given much thought to this simple, yet charming, pattern, but as I’ve learned, it has an interesting history and a varied use in today’s world of decorating!

What is Buffalo Check?

Buffalo check is often a two- or three-color striped fabric whose pattern creates large squares of equal size in all directions (as opposed to checked gingham fabric, which has small squares).  While it often includes black as one of the colors, black is not required in order to qualify the pattern as buffalo check.  Centuries ago, this pattern was primarily produced in white combined with either red, yellow, or blue, as these were the colors found in the natural dyes available in the 17th century.  Modern buffalo check fabric now comes in a wide variety of colors, but regardless, the pattern creates squares of equal size in all directions.

I had never given much thought to this particular fabric until I spotted it while touring the Governor’s Palace while visiting Colonial Williamsburg in Virginia.  {Please excuse the quality of the photos; the tour was full and it was hard to get a shot without another tourist in it!} 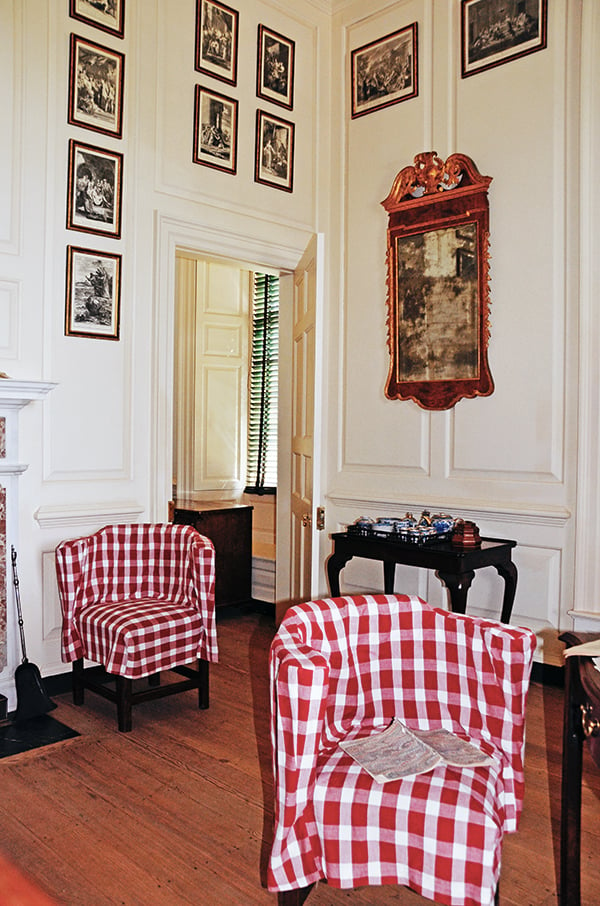 You’ll notice that in these very classic rooms with white-trimmed walls, the red buffalo check pattern makes quite a bold statement.  As such, I asked the docent whether the pattern was original to the period home.  Her response was “yes” and that in fact, it was so popular with the Queen at the time, that it was often referred to as “Queen Charlotte’s Check.” 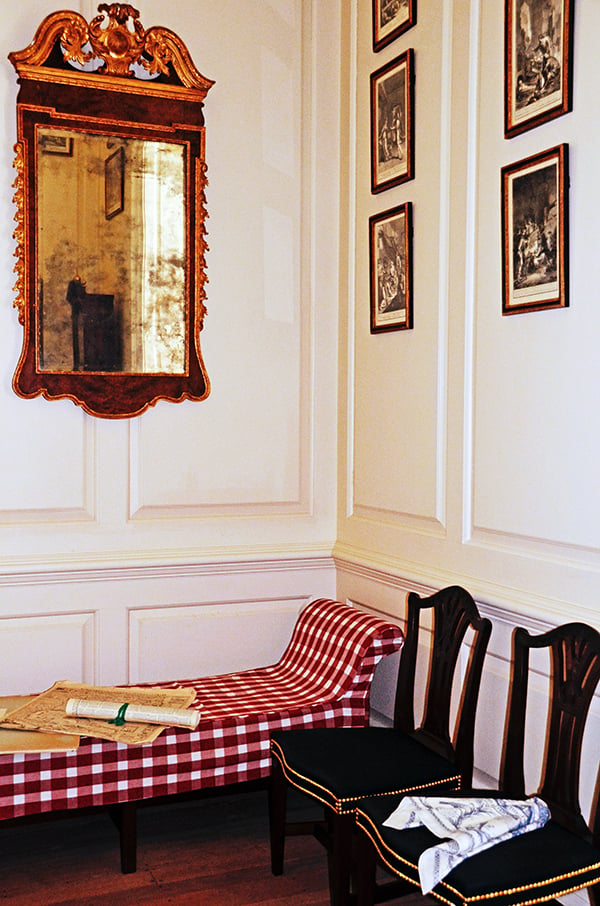 Who was Queen Charlotte?

Charlotte of Mecklenburg-Strelitz lived from 1744 to 1818.  In 1761 she married King George III and subsequently, had 15 children while living in Bukingham House (now known as Bukingham Palace).  Along with being a passionate music connoisseur and amateur botanist, she apparently also had a fondness for this classic check pattern! 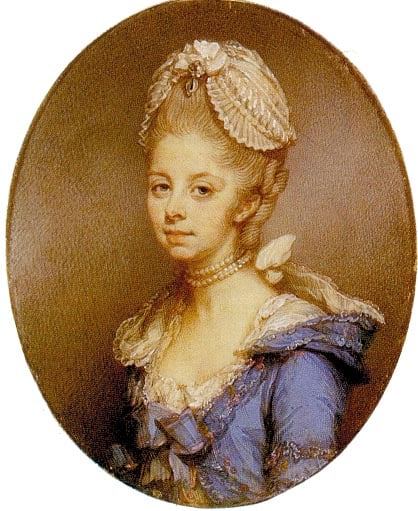 The simplistic design and wide variety of colors allows this pattern to work well in a variety of decorating styles from French country, to traditional, to contemporary.  I love that the two photos of wallpaper below demonstrate how easily this pattern can transition between styles!

Buffalo check is also subtle enough that it can easily mix with a variety of other patterns, including stripes, florals, toile, and a myriad of small-scale patterns.  {For more information about mixing patterns, click here.}

When used as part of a monochromatic color scheme, the pattern simply adds texture and character to a space.

It can also be used as that little extra “pop” to draw attention to a space!

Regardless of how and where this pattern is used, it makes an elegant and timeless statement when used in decorating.

My living room redo is on hold until our new puppy arrives (just in case he/she decides to chew the new sofa), but I’m now on the lookout for some buffalo check pillows to use in this room for the day this project finally gets back on track.  And while I know that this pattern is typically called buffalo check, somewhere inside my mind,I will forever think of it as Queen Charlotte’s Check.  ;) 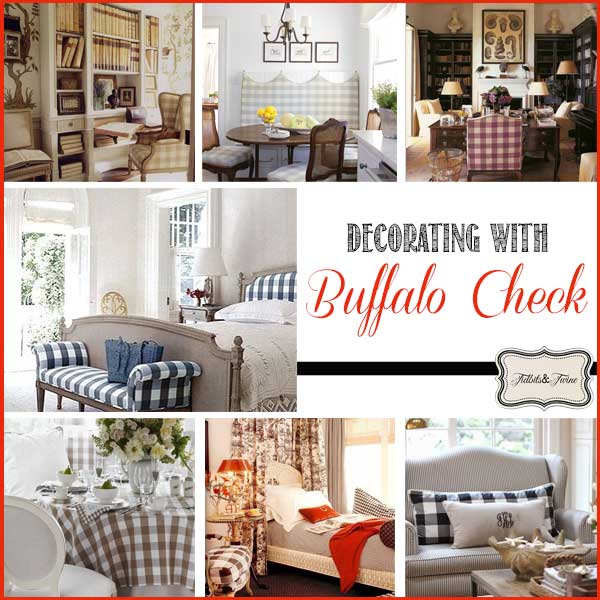